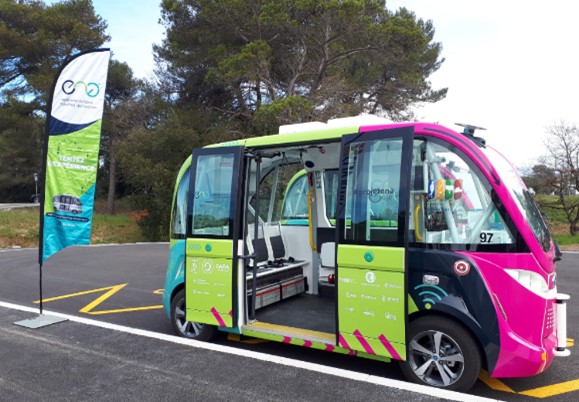 Thursday April 7th, 2022 was the official start date of the first trail operation of two self-driving shuttles on a public road network within the framework of the Expérimentation Navettes Autonomes (ENA). Two years’ effort was rewarded by the trial that is now taking place on the avenue Roumanille in Sophia Antipolis, where the shuttles are backing up the over-stretched bus service, operating every 10 minutes on week days from 7:30 am to 9:30 am, from 11:45 am to 2:15 pm and from 4:30 pm to 6:30 am.

The ENA project was launched in November 2019 as part of the call for projects entitled Expérimentations de Véhicules Routières Autonomes, with a view to developing self-driving shuttle services focused on the users’ needs and expectations. It brings together seven companies, two academic institutions and two regional bodies that contribute their skills and know-how to each stage of the project.

Berthelet has drawn on its experience gained in the deployment of new technology in the field of transportation to operate the shuttles that are currently in operation in Sophia Antipolis. Navya, a leader in autonomous mobility systems, has designed shuttles that integrate the latest software developments, including the new “6.X” version of Navya Drive® software. Able to speed up to 20 km/h, they feature the new High Definition mapping format which allows, for example, to integrate a higher level of precision for optimized driving in difficult and changing environments.

The route was laid out by Eiffage Energie Systèmes and includes all the attendant infrastructure and features, such as platforms and holding areas.

The SECTOR Group, which specializes in operational safety, has worked in alliance with the Gustave Eiffel University on analyzing the route and devising scenarios which the shuttle might encounter and
cause it problems. Each scenario has been tested on a closed track at TRANSPOLIS so that the shuttle learns to adapt its behaviour, thus ensuring the safety not only of the passengers but also of the other road users.

In order to be as close as possible to the real conditions of a public transport service, the operation of the shuttle was designed to be integrated effectively into the Envibus network of the Sophia Antipolis urban community. Instant System, part of the Sophia Antipolis ecosystem, has developed traveler information for the shuttle service, including an MTicket, thus making it possible to plan their shuttle journey in intermodality with traditional buses and validate it with a single application, Envibus Cap Azur.

One of the features of the ENA project is the investigative work carried out by the researchers from the Gustave Eiffel University, the Ecole Nationale des Travaux Publics de l’Etat and EDF, whose job it is to understand the needs and expectations of both the users and the non-users of the shuttle service. The work will be conducted in parallel with the five month trail run and will provide rigorous, documented feedback on user acceptance of the service, it socio-economic and environmental impact and passenger safety.

The Gustave Eiffel University is also working on a device that will be tested for the first time in real life conditions on the SophIAbus route. The device detects movement and sends a warning in real-time when a car leaves its parking space, so that the shuttle can adapt its behaviour, thus enhancing not only quality of service but also user safety.

A further self-driving shuttle service is set to go into operation at the Coeur de Brenne, the other testing ground involved in the ENA project. It will connect four villages in a rural area over a period of six months.

The ENA project is backed up by a budget of €8 million, €4.6 million of which is in the form of subsidies, and is financed by the Programme d’Investissement d’Avenir, operated by the ADEME and certified by CARA, the European Cluster for Mobility Solutions.

Created in 2014, NAVYA is a leading French name specialized in the supply of autonomous mobility systems and associated services. With 280 employees in France (Paris and Lyon), in the United States (Michigan) and in Singapore, NAVYA aims at becoming the leading player in Level 4 autonomous mobility systems for passenger and goods transport. Since 2015, NAVYA has been the first to market and put into service autonomous mobility solutions. The Autonom® Shuttle, main development axis, is dedicated to passenger transport. Since its launch, more than 200 units have been sold in 25 countries as of 31 December 2021. The Autonom® Tract is designed to goods transport. Engaged in an ambitious CSR approach, the Company has an active policy in this area, as illustrated by the obtaining of the ISO 9001 certification in September 2021. The Valeo and Keolis groups are among NAVYA’s historical shareholders.
NAVYA is listed on the Euronext regulated market in Paris (ISIN code: FR0013018041- Navya). For further information, visit our website: http://www.navya.tech 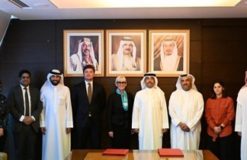 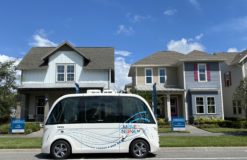 Michelin, Navya and beti enter into a technological partnership and launch their first autonomous mobility experimentation within the framework of the Movin’On Think & Do Tank 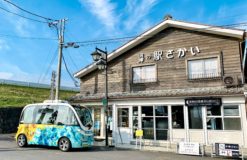