Posted in Press releases the 2 September 2021 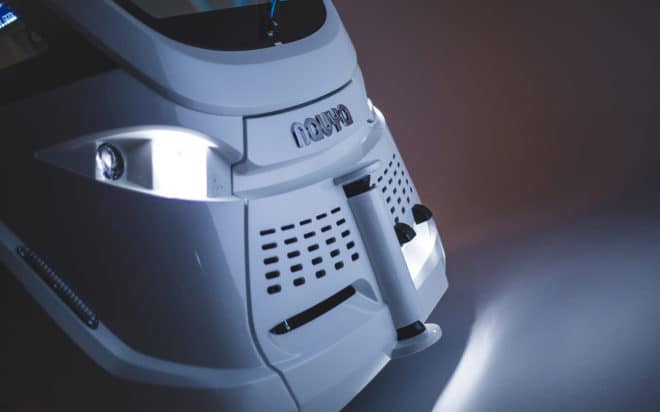 Villeurbanne, France, September 2nd, 2021 – 08:00 CEST – NAVYA (FR0013018041- Navya), a leading company in autonomous driving system, announces its first deployment on public roads in the UK at the Harwell Science and Innovation Campus, a leading innovation center. NAVYA’s shuttle will transport employees and visitors 24/7 around this UK science and technology hub. Located in Oxfordshire, England, the 700-acre Harwell Science and Innovation Campus hosts more than 6,000 people and 240 public and private organizations in three areas of expertise: space, renewable energy and health.

UK insurer AVIVA is also a partner and is presenting the shuttle today at its headquarters in the City of London. AVIVA will use the results of DARWIN’s trial to evolve its insurance products to provide comprehensive coverage for autonomous vehicles and associated technologies.

“We are delighted to have registered NAVYA’s purpose-built connected autonomous shuttle for use on publicly accessible roads at Harwell Science and Innovation Campus in Oxfordshire. This is a significant regulatory milestone on the road to making CAV mobility a reality, and an exciting step on our innovative journey to realising the potential of ubiquitous communications. We now look forward to announcing future trials involving this exciting new technology soon”.

“We are very pleased to be part of this trial at the renowned Harwell Science and Innovation Campus. This new deployment allows NAVYA to strengthen its technology with an additional use case in a complex environment and to contribute to the development of insurance practices for autonomous vehicles”.

Created in 2014, Navya is a leading French name specialized in the supply of autonomous driving systems and associated services. With 280 employees in France (Paris and Lyon), in the United States (Michigan) and in Singapore, Navya aims at becoming the leading player in level 4 autonomous driving systems for passenger and goods transport. Since 2015, Navya has been the first to market and put into service autonomous mobility solutions. The Autonom® Shuttle, main development axis, is dedicated to passenger transport. Since its launch, more than 180 units have been sold in 23 countries as of 31 December 2020. The Autonom® Tract is designed to goods transport. The Valeo and Keolis groups are among Navya’s historical shareholders. Navya is listed on the Euronext regulated market in Paris (ISIN code: FR0013018041- Navya). For more information visit: www.navya.tech/en