Posted in Press releases the 28 January 2020 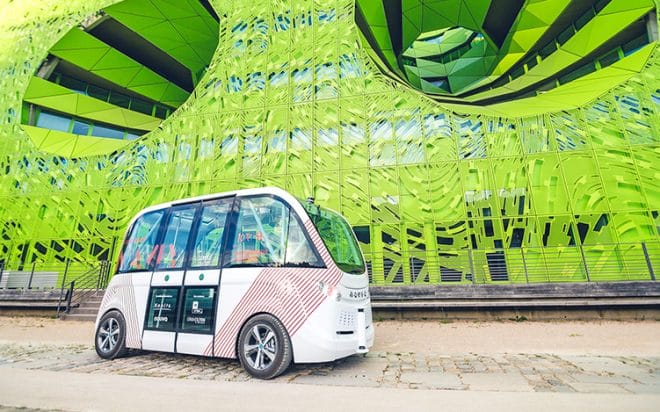 NAVYA, a leading company in autonomous driving systems, achieves a turnover of €15.0 million for the financial year ending 31 December 2019.

The market for autonomous vehicles remains, in the short term, an experimentation market. We are convinced that the massive deployment of autonomous vehicles is the appropriate response to facilitate the flow of people and goods, following the example of recent experiments conducted with our partners. In 2020, NAVYA intends to continue to invest in the development of its technology and reaffirms its ambition to become the leading player in the supplying of level 4[1] autonomous driving systems for vehicles specialized in first mile/last mile in a familiar environment and at limited speed

As a result of a growing installed base and NAVYA’s desire to develop a range of services around the autonomous vehicle, the contribution of Services continues to grow (+26% vs. 2018) and now stands at €2.9 million, representing 19% of total revenues vs. 12% in 2018.

The second half of 2019 was marked by significant achievements:

2020 will be an opportunity for NAVYA to start an experiment on its shuttle and the TRACT vehicle in full level 4 autonomy, i.e. without a safety operator on board.

From an operating standpoint, NAVYA will continue the worldwide deployment of its passenger shuttles and the testing of its TRACT vehicle, which began in 2019, in parallel with the deployment of its technology on one or two additional platforms in 2020.

To achieve this, NAVYA will strengthen its R&D teams and expand its geographical presence, particularly in Asia-Pacific.

[1] Level 4 refers to an autonomous driving situation within a limited context and pre-defined situation, the vehicle is able to move without a safety operator on board.